Exclusion Clauses Set Aside Under the Consumer Protection Act 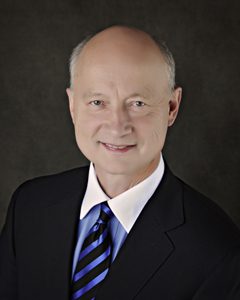 A recent decision of Schnarr vs Blue Mountain Resorts, 2017 ONSC 114 was a successful challenge to a ski waiver that Blue Mountain sought to rely on following an accident on the hill."  " Madam Justice Tzimas found that the Defendant's ski waiver offended the provisions of the Consumer Protection Act(CPA) and more particularly S.7(1), S.9(1) and S.9(3) thereof."  " Section 7(1) of the CPA provides that "The substantive and procedural rights given under this Act apply despite any agreement or waiver to the contrary"." "  The CPA then creates a warrantee as to 'reasonably acceptable quality' The CPA says in 9(1) "The supplier is deemed to warrant that the services supplied under a consumer agreement are of a reasonably acceptable quality.""  The said provisions overcame the provisions of the Occupier's Liability Act which allow occupiers to restrict their liability by exclusion clauses that are reasonably brought to the attention to persons on the land. " " The waiver in the ski ticket in this case was held to be void. Similar to that decision is Woodhouse v.Snow Valley Resorts." In that case the Plaintiff purchased at Snow Valley a beginner's ski package including a lift ticket, equipment rental and a lesson."  The lift ticket contained exclusion or release of liability clause as did the rental agreement."  The court was dealing with two exclusion cases."  Although the waiver of claim section was never explained to the Plaintiff she admitted that she had reviewed the wording of it prior to skiing. The Plaintiff was unaware that the Consumer Protection Act that Snow Valley did not" disclose or inform her of any rights she might have under the Consumer ProtectionAct. After taking a ski lesson the Plaintiff was injured while practicing her skiing."  Of interest is that the exclusion clause (as in Schnarr) included a release for negligence on the part of the Directors, Officers and employees of Snow Valley Resorts. Stay tuned for the Ontario Court of Appeal's review of these decisions.