March 03, 2014
A recent case in the U.S. serves as a good reminder that your legal obligations may continue after your case ends. According to the Miami Herald, Patrick Snay was the headmaster of Gulliver Preparatory School in Miami, Florida for several years. At age 69, his contract was not renewed and he sued, alleging age discrimination. He settled out of court with Gulliver for $80,000. [caption id="attachment_873" align="alignleft" width="300"] 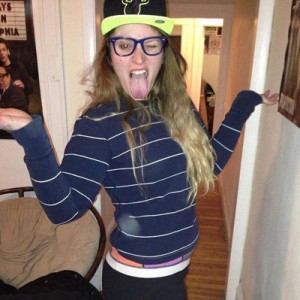 Facebook photograph of Dana Snay - author of the $80,000 Facebook post[/caption] Part of the settlement involved a non-disclosure clause. This means Mr. Snay and Gulliver were not permitted to discuss the terms of the settlement with non-parties. This included immediate family members. Mr. Snay felt his daughter was impacted enough that she deserved to know the outcome of the litigation. Unfortunately for Mr. Snay, his daughter Dana took to Facebook to tell her 1200 friends that "Mama and Papa Snay won the case against Gulliver ["¦] Gulliver is now officially paying for my vacation to Europe this summer. SUCK IT." Mr. Snay's daughter attended Gulliver and many of her Facebook friends are current or former students of the school. The school found out about the Facebook post and successfully voided the settlement in court on account of the violation of the non-disclosure clause. Judge Linda Ann Wells said that "Snay violated the agreement by doing exactly what he had promised not to do. ["¦] His daughter then did precisely what the confidentiality agreement was designed to prevent." Not every settlement ends with a non-disclosure clause and their terms vary. In this case, a Facebook post cost Mr. Snay $80,000. Goodbye vacation.