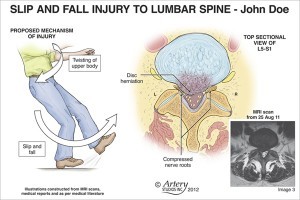 If you have been injured as a result of the action, or more frequently, inactions of a municipality, for example slipping on an icy sidewalk, tripping as a result of disrepair, or in a motor vehicle accident caused by negligently poor road conditions, you must send a notice letter to the municipality within 10 days of the accident according to s. 44(10) of the Municipal Act, 2001. Failure to give the municipality proper notice within the prescribed time limit can bar any potential claim you may have against the municipality. Section 44(12) of the Municipal Act, 2001 provides an exception to the 10 day notice period rule if it the plaintiff has a "reasonable excuse" for delay. In a recent case, Seif v City of Toronto, the plaintiff tripped on a sidewalk in the City of Toronto and fractured her wrist. Approximately four months later, the plaintiff's lawyers sent the City notice of the accident. The City brought a summary judgment motion dismissing the action for failure to meet the 10-day statutory notice period. In determining whether the plaintiff had a "reasonable excuse" for the delay, Justice Morgan considered her explanation for the delay. Justice Morgan found that the plaintiff's reasoning that she was undecided whether to commence a claim did not constitute a "reasonable excuse" and dismissed the claim against the City. Despite deciding in the City's favour, Justice Morgan found that the 10-day notice period was "very unfair", but remained the law unless changed by the legislature. Other "reasonable excuses" have been accepted, but indecision or lack of knowledge about the law are not likely to be accepted. If you are injured on a municipal sidewalk, road or property, inform the responsible municipality within 10 days of the accident in writing with the time and location of the fall, even if you decide later not to pursue the claim. If you have missed the 10-day deadline, you should still provide notice to the municipality as soon as possible.