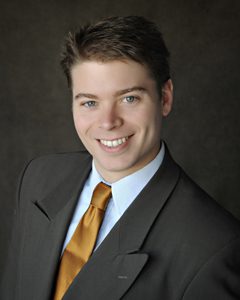 Google's self-driving car company Waymo has announced that it is expanding its self-driving car tests to include more laypeople. Waymo has been testing its self-driving cars for years now, driving for several million kilometers in multiple states in the US."  Ontario allowed self-driving vehicles for the first time last fall. In spite of the shockingly low accident rate among the infant robots, a huge segment of people are not prepared to let a computer take the wheel. In an effort to increase consumer confidence and get us comfortable with our coming robot overlords, Waymo is expanding its hybrid autonomous Fiat-Chrysler Pacifica minivan fleet to 500, and for the first time allowing hundreds of laypeople in Phoenix, Arizona to go for an autonomous ride. Waymo is looking for feedback on these riders' experience in the vehicles, including how customers communicate with the vehicle and the types of controls people prefer. This is not the first test run with autonomous vehicles and the general public." Waymo took a blind man for a spin last year on a closed-course in Austin, Texas."  Uber has been allowing the public to take rides in autonomous Volvos in Pittsburgh and Arizona, and nuTonomy has been testing self-driving taxis with passengers in Boston and Singapore. The self-driving vehicles on public roads currently always have an employee behind the wheel to take over if necessary. Given how much self-driving vehicles may save the taxi, trucking, and insurance industries, this reality is coming faster than most people think."  There are about 1.2 million deaths involving vehicles per year worldwide and countless serious injuries." "  Human error accounts for up to 93% of crashes, and some estimate 80% of crashes can be avoided through automation. Ontario's insurance industry spends billions on motor vehicle accident claims annually."  The costs to the economy (through lost employment / productivity, health care costs, etc.) are massive."  Ontario's courtrooms and jurors are often occupied for weeks at a time deciding motor vehicle accident claims."  Much human suffering and economic loss can be avoided as this technology improves and becomes more integrated into society. It's only a matter of time before you get into a driverless horseless carriage.