Celebrants around the world gaze skyward during the Chinese Mid-Autumn Moon Festival, also known as the Harvest Moon Festival. Although you may not at first recognize the name of this centuries-old tradition, you may recognize this festival by the multitude of hockey-puck-sized pastries filling the shop windows of Chinese grocery stores and bakeries. 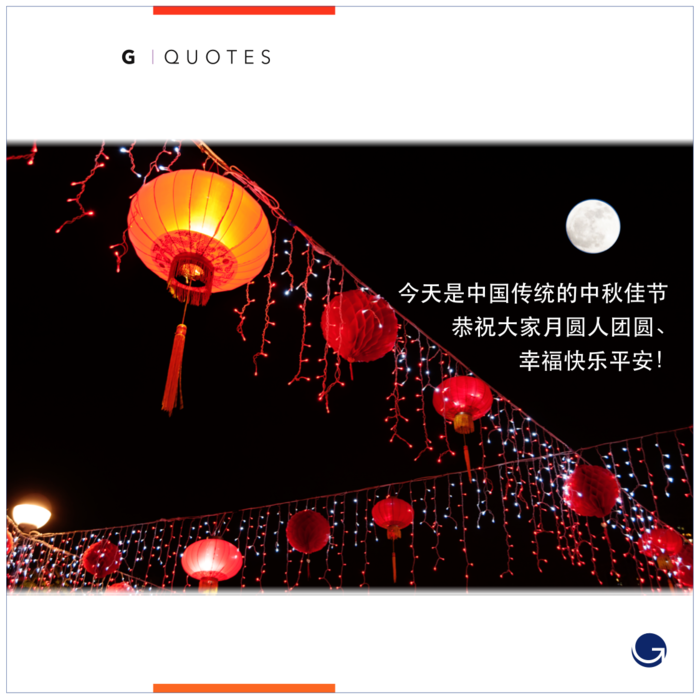 The mid-Autumn Festival holds the No. 2 spot among Chinese celebrations. But more often than not, it's a misnomer. Although celebrated on the 15th day of the eight month of the Chinese lunar calendar, the date more typically falls on a date in late summer or early autumn in our Western Gregorian calendars. In 2016, the festival falls on September 15th and the festivities run for three days.

These days, the name that more often resonates with celebrants is the Harvest Moon Festival. According to Chinese belief, the moon is the brightest and fullest at this time of year. Although the fact is debatable, the Chinese nonetheless associate the roundness of the moon with the concept of togetherness. It's one more yearly occasion when families and friends gather to reinforce their bonds and spread positive vibes.

Mooncakes are the signature items for the Mid-Autumn Festival. They're typically made from a dense mixture of lotus seed paste wrapped in a golden brown crust, often with salty egg yolks - the latter being a somewhat acquired taste for the uninitiated. The cakes are traditionally gifted to family and friends and consumed with great gusto.

Every year, Chinese star-rated hotels and bakeries concoct their own unique renditions of the traditional mooncakes, featuring unique fillings that run the gamut of exotic delicacies - shark's fin, abalone or birds' nests. Packaged in fancy boxes decorated with gold or silver, these high-end goodies can sell for a whopping 1,000 Yuan, or at current exchange rates, just under $200 Canadian.

The Harvest Moon Festival comes a month after another festival, the Double Seventh - China's equivalent of Valentine's Day. Those who found themselves still single would pay homage to the "old man in the moon", hoping to please a god with the power to help them locate their soul mate and bring them marital bliss. These days, the festival is simply another occasion for couples to spend romantic time together.

So, now that you know a little about what the Chinese and others in our city will be doing during the Chinese Mid-Autumn Moon Festival, you can explore the streets of Chinatown with a bit more culture under your belt. You might even buy yourself a moon cake and check out for yourself if the moon is the brightest you've ever seen so far this year.

Gluckstein Lawyers promotes the community spirit and encourages everyone to get out there and participate in spreading kindness and good cheer.