How will Reforms to Impaired Driving Laws Impact Insurance Coverage in Ontario? 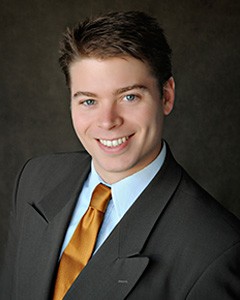 On April 13, 2017 the Federal Government announced long-anticipated plans to legalise marijuana in Canada."  Along with that announcement came the most sweeping proposed reforms to Canada's impaired driving laws seen in decades."  This article will attempt to forecast possible insurance coverage pitfalls if and when these laws are in place, based on the current law in Ontario. Generally a person purchases insurance to cover a specific type of risk."  If a person operates a vehicle outside of the conditions of their policy, their policy may be found to be void in part, including the duty of an insurer to defend against third party claims when they are in an accident."  This may include misrepresenting the vehicle (for example if it has been significantly modified), failing to renew a driver's licence or plate permit, operating the vehicle as a taxicab or for some other commercial purpose under an ordinary driver's insurance policy, or operating a vehicle outside of the conditions under which the insured is licensed to drive, for example operating a large truck or motorcycle with only a G class ordinary automobile licence. Statutory condition 4(1)"  made under Regulation 777/63 of the Insurance Act[1], specifically provides: The insured shall not drive or operate or permit any other person to drive or operate the automobile unless the insured or other person is authorized by law to drive or operate it.   How Impaired Driving Currently Impacts Coverage Currently Ontario drivers with a learner's class permit, for example G1 or G2, are licensed to drive only when they have zero detectable alcohol in their blood."  Alcohol can stay in your blood stream for 12 hours."  Yes, this means if you drive the morning after drinking your insurance may be voided (although this is a very fact-dependent conclusion, which may depend heavily upon an insured's reasonable belief; see: Tut v. RBC General Insurance Company[2]). A fully licensed G class driver in Ontario must not operate a motor vehicle while under the influence of drugs or with an amount of alcohol present in their blood greater than 80mg/100ml. Refusal to provide a breath sample may also affect a person's insurance coverage.   Proposed Reforms to Impaired Driving Laws For the first time the Government of Canada has proposed prescribing limits to the amount of THC, an inebriating component of cannabis, detected in a person operating a motor vehicle."  The Government is also proposing prohibiting any detectable levels of many other more serious drugs while operating a motor vehicle. The proposed changes include attempting to close loopholes in our current impaired driving laws and providing for easier roadside testing by authorities, including:

People operating motor vehicles will be committing a criminal offence if they are found to have THC levels in their blood above 2ng/ml."  Drivers with levels above 5mg/ml or levels above 2.5ng/ml combined with blood alcohol levels over 50mg/100ml will face more significant penalties. The penalties are also generally going up, especially in the case of repeat impaired driving offenders who may now be sentenced up to ten years (up from the current five), and will now be eligible to be deemed "dangerous offenders" in appropriate circumstances. A detailed description of the proposed changes can be found on the Department of Justice website here.   How Changes to Impaired Driving Laws may Impact Coverage" While the Ontario Government has not yet commented on the proposed federal reforms, it is very likely the government would treat THC levels similar to alcohol with respect to learners' permits (i.e. G1 or G2 class licences)."  We should expect the government to forbid any level of THC in with these licence classes. Based on the current state of the law in Ontario we ought to anticipate that insurers may deny coverage in cases where a person refuses a roadside test, is found to have a prohibited drug in their system when tested, or tests beyond the allowable prescribed THC levels. How does this affect current coverage issues?"  Currently only alcohol contains very specific language with respect to allowable levels."  With respect to drugs an insured has to be found to be operating a motor vehicle "while under the influence of drugs." The current test is very difficult to prove in court."  By specifically prohibiting specific drugs other than cannabis, and by providing for new testing and prescribed levels of cannabis, that bar is being lowered significantly."  This may increase the rate of insurance coverage denials. The proposed reforms are not yet law."  These need to be debated vigorously, and these consequences ought to be considered."  Critics have already pointed out the unreliability of THC testing."  Constitutional challenges may ultimately test whether or not it is appropriate to find people guilty of impaired driving if they consumed alcohol after an accident or even simply after driving."  Given the destructiveness of impaired driving, policy considerations on both sides ought to make for compelling legal arguments before the Supreme Court one day. Perhaps now is the time for the Government of Ontario to take a hard look at our current insurance regulations and proactively debate regulatory change in anticipation of the effect these laws may have on Ontarians - before we are reacting to a floodgate of insurance denials affecting innocent victims. It is important to note that an insurer's duty to provide coverage is a very serious, fact-dependant issue."  Often even where a condition has been violated an insured is able to demonstrate they acted reasonably in the circumstances."  We strongly urge anyone who is denied coverage by an insurer to immediately consult with a lawyer to investigate challenging the denial.